Family Owned And Operated Since 1960 and we treat all of our customers like family!

In 1957, Ray Hamel started his auto body repair business in a small garage/barn at the family’s homestead on Hildreth Street in Dracut, Massachusetts.

On May 29, 1960 three of the four Hamel brothers got together and purchased the present Pawtucket Boulevard location. They were Ray, Maurice and Albert. Customers mostly all knew Maurice as “Bill”. About one year later, the oldest of the four brothers, Paul, joined in as a partner in the business.

The brothers all had their specialty, which had Ray and Paul working the body shop and Bill and Albert working the mechanical shop. Upon opening the boulevard location the business expanded to include an Auto Mechanical Repair Division in addition to the already existing Auto Body Division.

The brothers had many sons some of whom worked in the business through various periods of time. Two of them, Russell and Michael, continued working in the business and are the present owners of Hamel Brothers.

Today Russ and Mike share the task of continuing a family tradition of over 50 years and hope to stay around for a long time ! 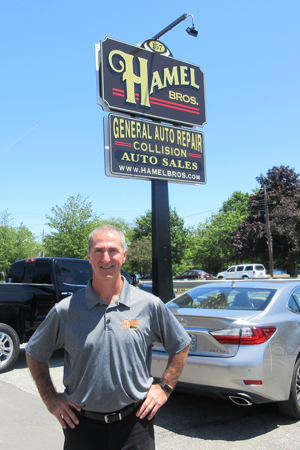 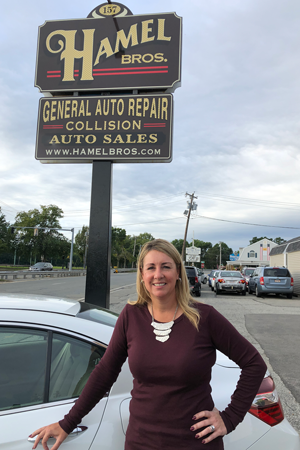 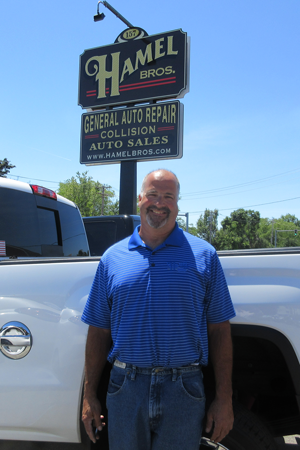 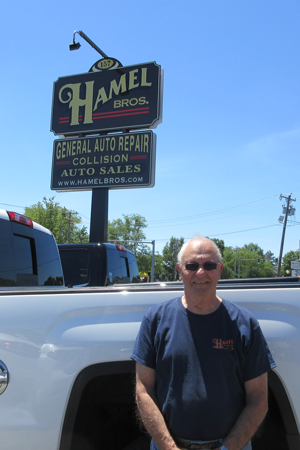 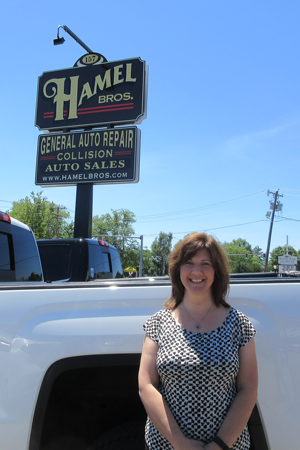 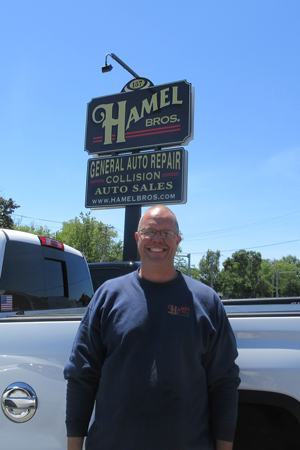 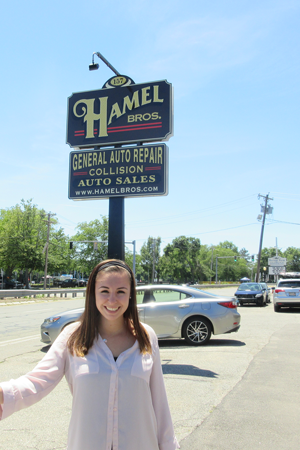 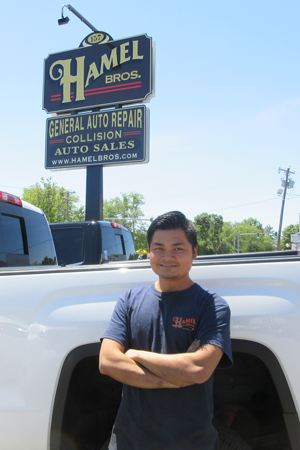 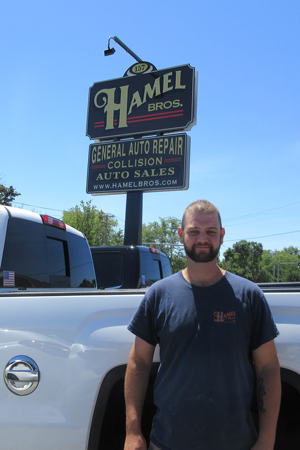 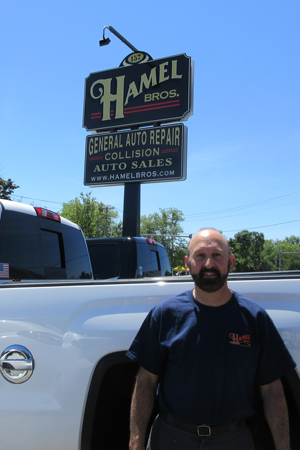 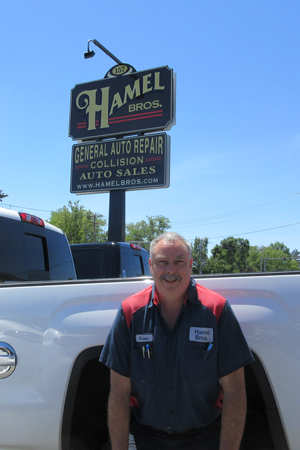 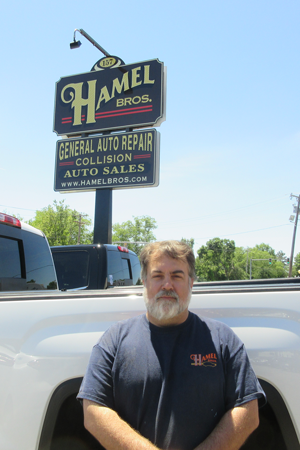 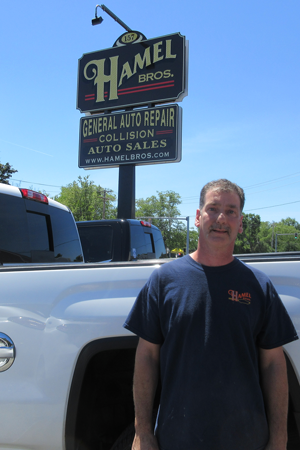